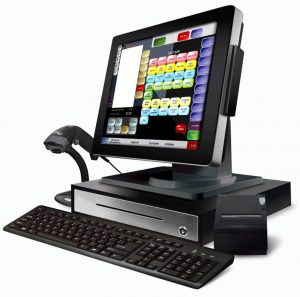 I remember a conversation I had with a colleague in early 2010. He was the CEO of a major and growing ISO. I told him my prediction is more mergers and acquisitions in the coming years as well as the importance of a compelling Point of Sale (POS) system. He laughed it off and said: “Our business has never been about the POS system. Most merchants are fine using an electronic cash register and processing transactions using just a credit card terminal.” I was not surprised to hear that. Unfortunately, most executives in this industry are still in a state of oblivion. There are no visionaries I see from this industry who could see trends. The one visionary is Jack Dorsey of Square. Notwithstanding the industry leaders claim to the contrary, he singlehandedly shook up this industry upside down by understanding the need for a POS system in 2009 with his release of Square. I wrote one published article titled “Dare to Think Like Square” in November 2014 about Square, wrote two blogs in 2016, and have offered high praise for Jack in my book “Smart Business Guide to Credit Card Processing.” Since 2009, a number of companies have released their own version of what they erroneously tout as being the most robust and capable POS system in the U.S. Companies such as North American Bancard, PayProTech, Total Merchant Systems, First Data, HarborTouch, ShopKeep, to name just a few, have all released a POS system. Sadly, though, none of these POS systems is equipped with a software or hardware that would allow it to adapt to every merchant location, something that is a definite possibility. First, the software of some of these companies was not developed in-house; They are private labeled by the software developer. Second, and more important, all of them suffer from software inadequacies that render them mostly useless in larger restaurant or retail establishments. For example, table assignment is a must feature for any restaurant that seats over 150 or so guests. But none of these POS systems offers it. Third, some are still not certified on EMV, so they cannot process chip cards yet after over two years. HarborTouch and ShopKeep are two prime examples. Fourth, Many do not offer extra features or ample reporting merchants are used to. These POS systems were designed for very small and fairly unsophisticated merchants with very little need to more features, or so these ISOs think!

Another flaw is being just another “Me Too” product. Some may offer one, few, or none of the following: time clock, payroll functionality, scheduling, the ability to modify schedules online as well as via a phone app, and essentially offering little to no use of newer web-enabled features that offer tremendous efficiency saving merchants hundreds to thousands of dollars in time and money per month per location.

To add insult to injury, many like Clover, Pay Anywhere, and Groovv offer a tiny tablet-sized monitor, not a larger screen that many merchants still desire, particularly the larger establishments and those with older owners. It is as though the executives running these projects are assuming a total millennial takeover! Wait! Stop! We are not there yet!

Last, but not least, is the absence of marketing and digital coupon features in almost all POS systems. The only POS system I have reviewed and approve of was one that was purchased by Cayan, former Merchant of Warehouse, in 2016, but there is no sign of that POS system anywhere. I have seen these features embedded in another POS system recently, but its developer, also an ISO offering processing services, suffers from a poor reputation for defrauding merchants as well as offering a contract term locking merchants in for three years with an automatic renewal for another three years unless cancellation is requested with a written notice at least 30 days prior to the end of the term OR incurring the greater termination fee of (i) $495 or (ii) monthly fees, minus Interchange fees, time the number of months remaining on the contract. This termination fee is ultra draconian and has no business in this day and age. So, I would not even think about recommending this company that is now focusing its attention on what is being termed as “cash discount” program. I will write about this in another article.

I am amazed at how almost all executives in our industry have little to no vision on seeing trends and allocating research and development funds for greater solutions. I do not mean to disrespect them. I am being strictly factual. Their focus is still on processing transactions and milking merchants as much as they can on different rates and fees, while providing almost no value I see in return. The sad truth is they all claim they are providing helpful services and have this and that solutions and hardware like their POS system with phenomenal features. The reality, however, is these claims are hyperbolic in nature and far from the core of the truth. My advice to them is to open their eyes and STOP focusing on draining merchants’ pockets day in and day out. Instead, please open your eyes, invest heavily in a highly capable POS System with all the aforementioned features or even more, and sell on true value proposition. Only these steps, among other steps like adequate training for your sales and technical support agents, treating your staff with dignity and respect, among others, will result in increasing your retention rate.

A robust and all-encompassing POS system is imperative to your survival.

For a much fuller discussion on how to create a perfect organization, I suggest reading my book.